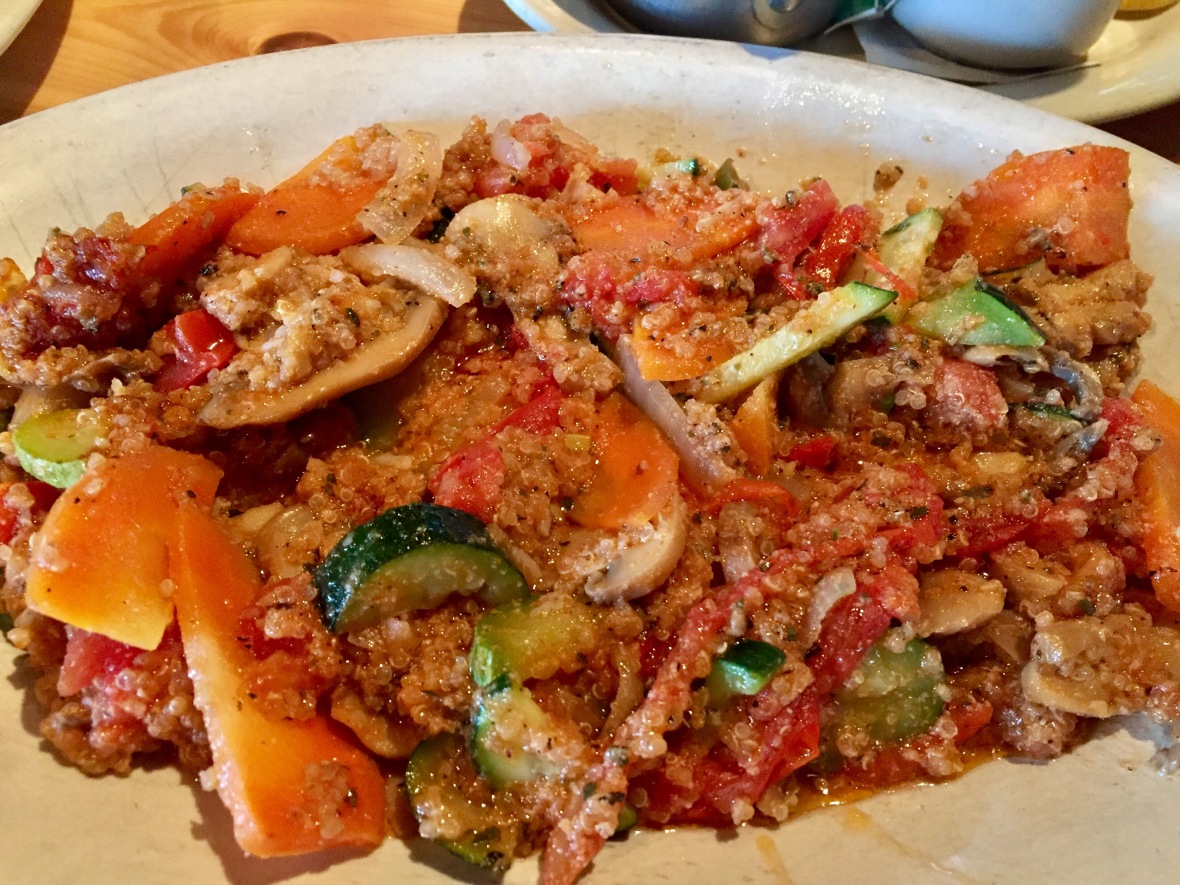 There’s a reason why this modern Lebanese cafe has nearly five stars on Findmeglutenfree.com– almost every entree on its menu can be prepared gluten free. And to top it off, there are a plethora of vegan options, too.

Anita’s Kitchen in Ferndale, Mich., has been on my radar for a while now. My cousin, who lives in nearby, raves about their food and eats there frequently. As previously mentioned, the restaurant has 4.5 stars on Findmeglutenfree.com and numerous great reviews about their ability to serve celiacs as well as the quality of their food in general.

So, I was very much looking forward to trying it for lunch this afternoon. Let me tell you, Anita’s did not disappoint.

It was a hard decision to choose what I wanted to eat because I had so many options to choose from. This is not a problem I’m used to having. There were numerous salads, including the option of tabbouleh made with quinoa instead of bulgar wheat. This option was available for many other ones as well. There are also many hot and cold appetizers: various hummus’, grilled vegetables, vegetarian grape leaves, and falafel, along three with different gluten free and vegan soups (lemon lentil, black bean, and crushed lentil). 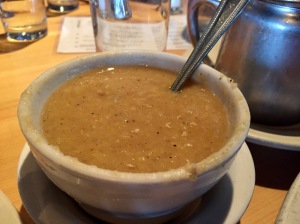 I eventually went with vegetable ghallabah minus the batatas (potatoes) because they were fried in a non-gluten-free fryer. I also had them serve it over quinoa instead of rice due to my current quinoa obsession. I also had the crushed lentil soup and a plate of fresh vegetables to crunch on. It was all great!

The ghallabah had the perfect amount of spice and garlic. My waiter, who personally brought out my meal, even exclaimed that after seeing the dish served over quinoa he was now going to only order it like that. It certainly looked pretty awesome.

After my lunch at Anita’s, it was agreed upon by me, and those I was with, that we would be returning soon. The restaurant overall has a nice vibe and all the waitstaff was very friendly. I highly recommend it if you come to the area.