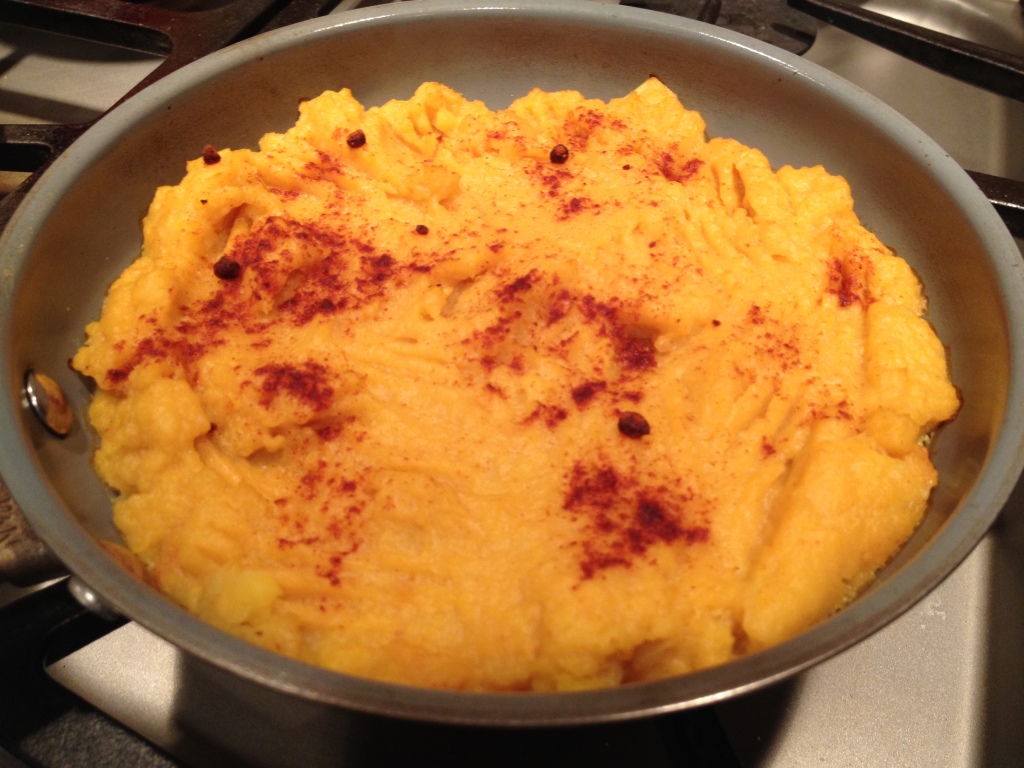 This mashed cauliflower recipe is so good, I bet it will make you question why you would ever make mashed potatoes again.

So, I’ll admit. As I’ve mentioned before, I have a bit of a cauliflower obsession, which may lead to a slightly bias opinion. But if you give it a chance, you’ll find this paprika mashed cauliflower is quite creamy and delicious. It’s also comforting in the same way as a big bowl of mashed potatoes without feeling heavy like the spuds can. Plus, it’s super simple to whip up.

I enjoy it by itself, next to a vegan loaf or on top of your favorite casserole. And because it’s a lot less calories than mashed potatoes, you can go for a second helping guilt-free.

1 medium to large heat of cauliflower, cut into small florets

Preheat oven to 400 degrees. While the oven is preheating, steam the cauliflower in a large pot or counter-top steamer. Depending on how large your florets, it will take around 30 minutes. Once the florets are soft, add the cauliflower to a large bowl (or traditional blender) along with the vegetable broth, two tablespoons of paprika and salt. Puree with an immersion blender or the regular blender until smooth and creamy. Then transfer to an oven safe dish. Top with remaining paprika. Bake for 20 minutes or until edges become slightly brown. Serve immediately.